Two weekends ago, my boyfriend and I decided to take a mini-weekend trip to Chicago. My cousin and his girlfriend just had a baby boy and we decided this would be the perfect time to visit! While there,  we also decided to take advantage and visit a few tourist attractions.

Let me start by saying that Chicago is beautiful! – well at least where I went. The city was super clean and the people seemed friendly. Usually when I visit other places, I can feel the difference between New York and whatever other state I’m visiting, but with this trip, I felt right at home. Downtown Chicago looked like a cleaner version of New York City, and the area where we were staying at looked like a nicer version of upstate (Orange County, NOT Albany or above. For some reason when you say upstate NY, people think Albany or Buffalo)  New York, where I am from.

We drove all the way from New York, so it took us about 12 hours to get there. We left NY on Thursday night and arrived to Chicago on Friday morning, which was perfect timing.

Friday, we pretty much spent the day with my cousin and his family. We had an amazing breakfast made by his in-laws and then relaxed with the baby for a bit. For Dinner, we visited the restaurant Lou Malnati’s Pizzeria and had Chicago’s Deep Dish Pizza. It was my first time having Deep Dish Pizza and let me tell you – it was delicious! After Dinner, we decided to grab some dessert. We ended up having some Gelato, which for me was also a first time thing. Once again – delicious! After Dinner and Dessert, we headed home to relax. 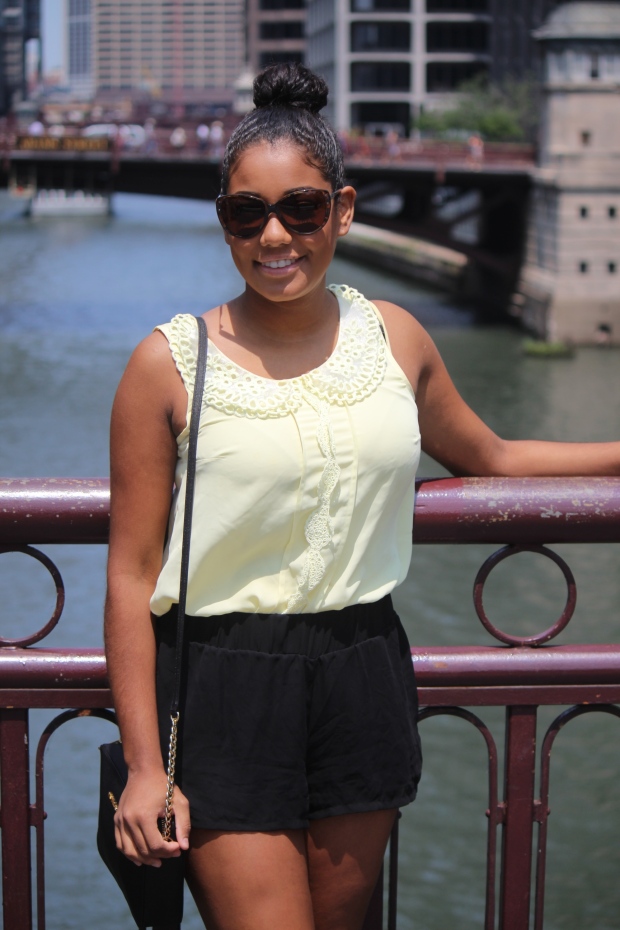 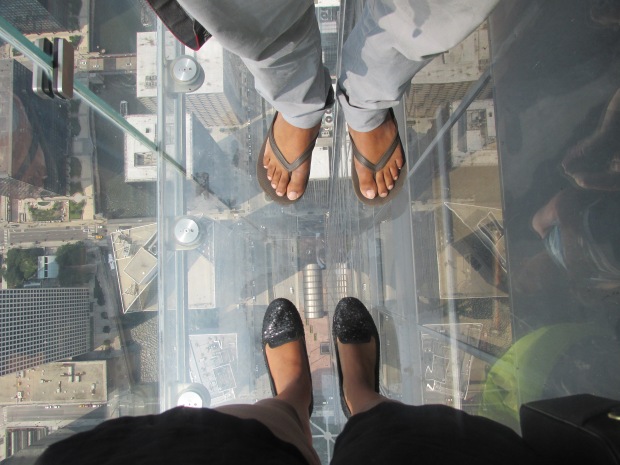 Saturday we had another amazing breakfast, once again made by my cousin’s in-laws. After breakfast, we decided to head over to Downtown Chicago. This was the most touristy part of our trip. Our first stop once arriving to the city was Willis Tower – SkyDeck Chicago. Basically, you go all the way up Willis Tower (One of the largest buildings in the world, btw), learn a little bit about the building and Chicago itself, then once you’re at the top they have these little cubes that are made out of clear… glass? (picture yourself in a window box – if that makes sense) I can’t really describe it but I have photos below. Anyway,  once you step foot onto the clear platform your body goes into panic mode because it thinks you’re going to fall – but you’re not. You can see almost 50 miles into Chicago from SkyDeck. Seriously such an awesome experience!

After Skydeck, we headed over to Millenium Park which I would say is like the Central Park of Chicago (If you’re from NY, you know what I mean). There, we saw the Cloud Gate aka The Bean! I’m not too sure about the history behind this giant mirrored bean looking thing, but there were hundreds of people gathered around and of course, we took crazy amounts of photos too! After spending the day in Downtown Chicago, we decided to head home for a nice family dinner.

For dinner on Saturday, we actually had a home cooked meal made by my cousin’s in-laws. His father in law is German so he made us something called Snitzel, which is a German dish. I believe it is breaded chicken or something of the sorts. Anyway, once again – delicious! After dinner, we relaxed with the baby and the rest of the family.

Sunday was our last day there. We went to one of my cousin’s soccer games in the morning and then headed over to a nearby mall – which btw was huge and amazing! After walking around the mall for a little we then headed to an early dinner. After dinner we headed home to take a few naps and prepare for our drive back.

Overall, The weekend was fun-filled! I in particular got to try new things and was so impressed by them. I can’t wait to go back to the windy city at some point.

What are your go-to/must-see places in Chicago?

My Tweets
Follow xo, itsjess ♥ on WordPress.com
Join 106 other followers